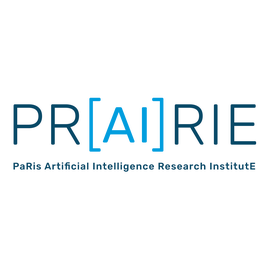 The Prairie Institute (PaRis AI Research InstitutE) is one of the four French Institutes of Artificial Intelligence, which were created as part of the national French initiative on AI announced by President Emmanuel Macron on May 29, 2018.

A major part of this ambitious plan, which has a total budget of one billion euros, was the creation of a small number of interdisciplinary AI research institutes (or “3IAs” for “Instituts Interdisciplinaires d’Intelligence Artificielle”). After an open call for participation in July 2018 and two rounds of review by an international scientific committee, the Grenoble, Nice, Paris and Toulouse projects have officially received the 3IA label on April 24, 2019, with a total budget of 75 million Euros.